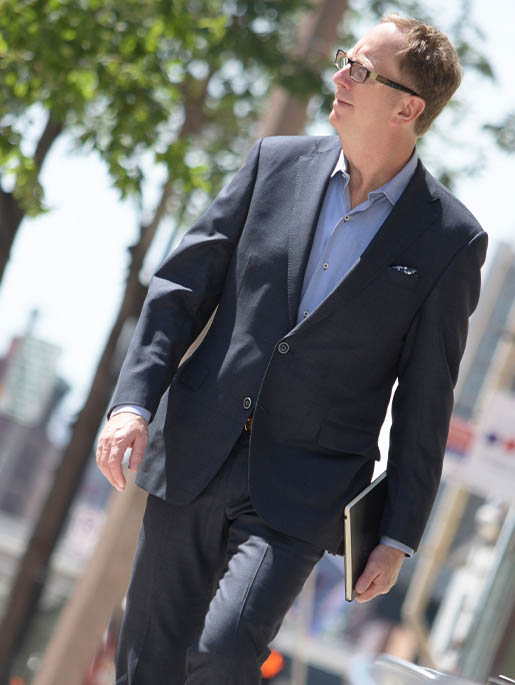 Get To Know The Real

​John Rogers is one of the most notable leaders of his generation whose transformational work has had an impact on the life of every American. His “Everything is a Campaign” mindset has put him at the helm of a billion-dollar transportation company, working alongside Michael J Fox promoting the advancement of stem cell research, testifying in front of the US Senate, developing training and technology hailed as “break-through” by the Department of Defense, and providing high-impact solutions for charitable organizations such as the Parkinson’s Action Network (PAN) and the Brain Aneurysm​ ​Foundation.

Rogers’s core worldview posits that most all challenges can be solved with the right mix of holistic thinking coupled with an effective HIGH-IMPACT campaign. The results of this approach speak for themselves while demonstrating the flexibility of his technique. From protecting 20,000 jobs in the mobility sector to bringing together the best minds in Hollywood and the intelligence community to reduce the risk of terrorism, Rogers’ campaigns are defined by much more than simply winning or achieving desired outcomes. They have made a difference​ ​in​ ​the​ ​world.

This passion to make an impact through insightfulness and with integrity was formed at an early age. The product of Ronald “Buck” Rogers, a senior insurance company executive and WWII Veteran who opposed the Vietnam war. His mother, Margaret Rogers, became a Joycean scholar by solving a long- standing mystery in “Ulysses&quot; that had eluded scholars for decades by applying her knowledge of music to Joyce’s work. Among her many accomplishments, she was the longest-serving member of the Chicago Symphony Chorus. The Rogers’ household was one full of debate over solutions to the defining challenges of the day.

Beyond the desire to make an impact and early installation of the values of insight and integrity, Rogers’ parents gave him another gift – the ability to meld together their classic right brain​ ​left​ ​brain approaches.

In 1982, while at the University of Iowa Rogers got bit by the thrill of electoral politics and dove feet first into his first campaign, this one of a political nature. Soon after, he was recruited to become the deputy campaign manager for a U.S. Senate race. With early demonstrations of his now trademark approach to leading high-impact campaigns under his belt, Congressman Les Aspin tapped him for a series of Senior staff positions before taking a brief leave from Aspin to hold the highest-ranking job in the Wisconsin legislature. When the Clinton Administration came calling, Rogers moved his family to Washington D.C. to serve as a Deputy Assistant Secretary of Defense while his wife held senior positions at the Department of​ ​Education.

Aside from his drive to impact the world through changing how leaders and organizations approach and solve challenges, Rogers currently serves as the Chair of the national Brain Aneurysm Foundation (in honor of his late best friend), is a board member and former interim CEO of MV Transportation (a $1.3 billion mobility company) and serves on the board of a San Francisco based technology business, Vendini, with over $100M in revenue. Rogers is also the founder of several successful “Campaign” based businesses. RL Leaders tackles vexing challenges facing organizations and governments through its’ trade marked “Deep Applied Creativity” process while Capstone National Partners, a bi-partisan lobbying team, runs high-impact​ ​campaigns​ ​in​ ​DC​ ​and​ ​throughout​ ​the​ ​nation.

John flexes his own creative muscles through painting and photography, and loves to spend time biking the kettles and moraines in his adopted state of Wisconsin, traveling with his wife and family and out on his lake, thinking about ways he can help leaders solve wicked hard problems​ ​by​ ​applying​ ​a​ ​more​ comprehensive​ ​approach​ ​to​ ​the​ ​challenges​ ​they​ ​face.

Want to stay up to date with the latest from John Rogers? Subscribe today and receive updates and news.