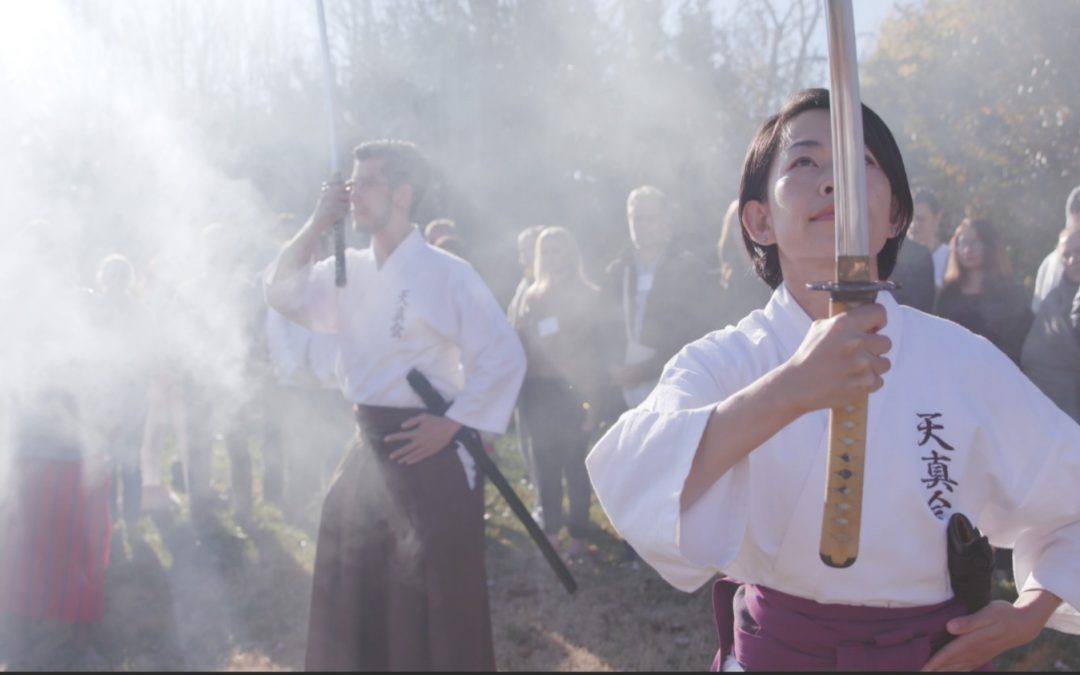 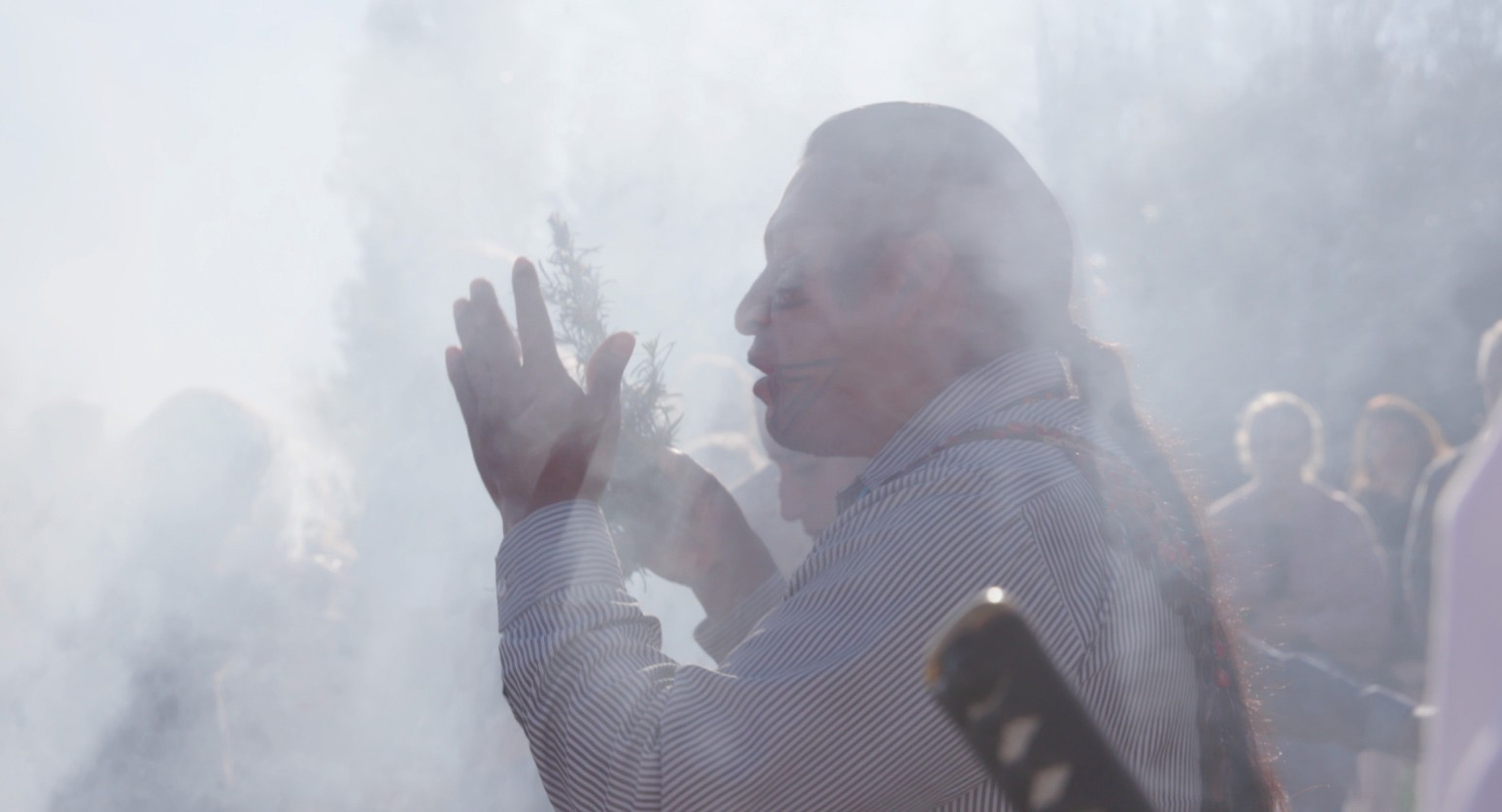 The words of Wilson Motizuki, the Sensei’s senior student and protege, command us as we stand in a dew-laden field facing east, the sun about to make its entrance on the horizon.

“HOY!” We exclaim as one, the sound thunderous, as we lunge, reaching out to hold the earth in our hands, projecting our dreams into the future — and waking the vast majority of our colleagues who were too weary to join the morning ritual and training.

We’re 30 strangers who’ve found ourselves in Spain on this brisk December morning. I’m the one in shorts. My Wisconsin blood is evident, and though I have a vest on to keep my core warm over my long sleeve shirt, my attire isn’t close to the parkas around me.

We are just outside of Barcelona at a campus retreat facility called Chateau Form La Mola. The Le Ciel Foundation has brought us here. There are 144 of us from 41 different nations. I don’t know a single person, although I’ve corresponded with a founder. My introduction came via a wonderful woman who heard my speech at Bretton Woods on the Prison of our Perspective and asked if I’d be interested in attending this event. I said I’d be interested in learning more, so she connected the dots.

Before receiving my official invitation, I was meditated on by the 9 founders, as were all the other participants.

Several days after my invitation, the founders meditated on Diane, my wife, and then asked her to join as well. In many respects, this is more in her lane than it is in mine. Diane and I debated if we should attend or not among and with ourselves, warmly, rigorously, over the Thanksgiving holiday. There are logistics, wear and tear on the body, costs, and maybe a little fear. On the surface, this is “out there” stuff. Ultimately, Diane decided not to go as it’s too hard on too short of notice with too many things to move around. She took, and got, a rain check. This was Monday. I decided to go to Barcelona. The flight was Tuesday.

I often speak about breaking out of the prison of my own perspective, and this Symposium is an opportunity for me to walk the talk.

It’s a conference entitled “Holistic Visions” that looks at 13 different big issues facing humanity. It’s assembled, as I advocate in my book, to think about problem sets holistically, yet it is different than what I practice in that there’s a deeply spiritual element to it all. 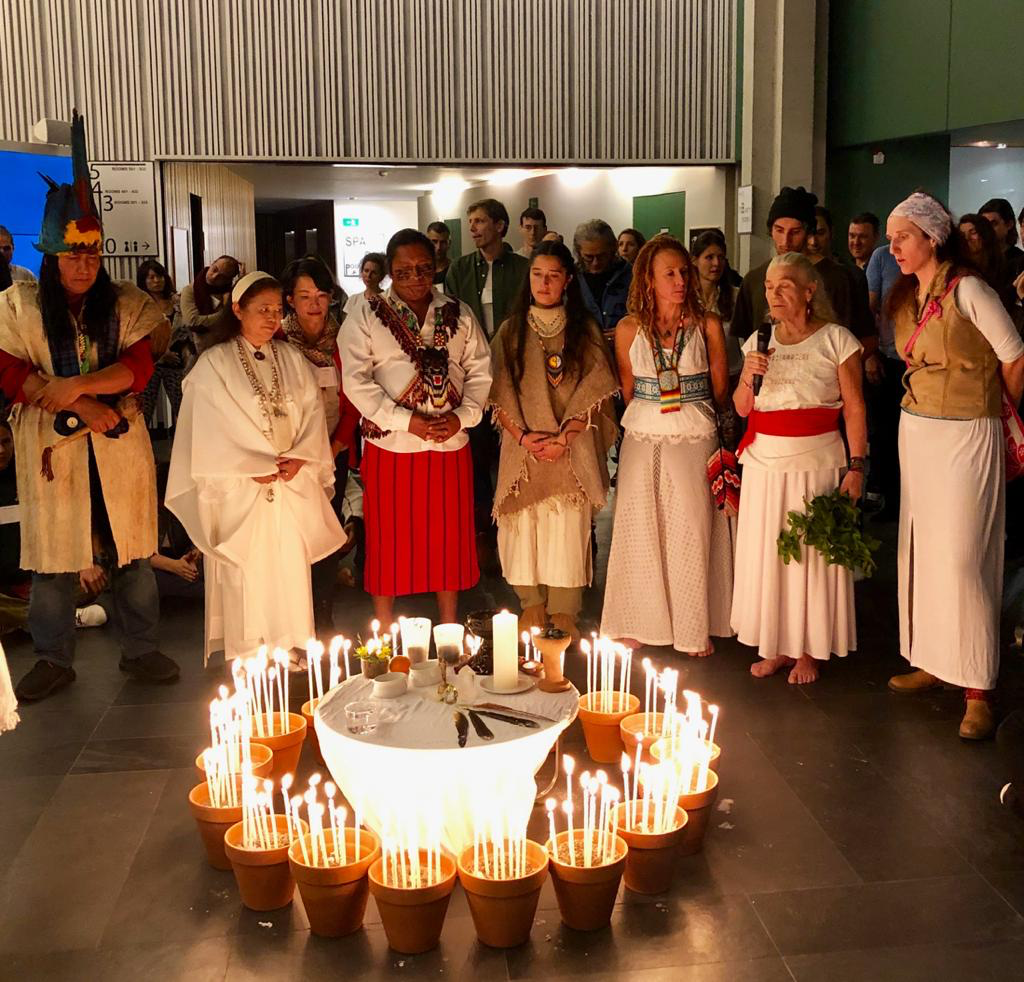 We arrive Thursday afternoon from near and far. We’re supposed to begin at 3:00 but we don’t start until well after 4:00, a pattern that continues for the next few days.

There are four groups of Elders: one from the Amazon, one from Central America, one from Japan and one from Spain. Best I can tell, within these groups, two are shamans and two are mystics, but no one tells me for sure.

We are all gathered in a circle in a large open space inside the entryway. Each of us is given a candle we will light and place in one of thirteen vases filled with sand. Each of the Elders speaks and performs a ceremony. There’s an incense of sorts that’s smoking and is being walked through the group by the Elders’ assistants. Many in the group wave their hands into the smoke, bringing it closer as if to bathe themselves in it. One of the shamans has some form of tobacco soaked in water. Each of us is supposed to open the palm of our hand so the shaman can pour water into it, then we are to snort it. I do as I’m told, with the shaman trying to reshape my hand as I’ve apparently held it incorrectly but, in the end, I get the job done. Our Japanese master performs the water ceremony, bringing energy and the spirts to it. All of us are to reach into the sacred water and bring it to our hearts and then our foreheads. It feels like a baptism and opening the third eye at the same time. It’s wild and unlike anything I’ve ever experienced. It’s going to be a crazy few days.

Participants are broken into 13 groups for the topics at hand. I’m in the transportation and reforestation group. Our job is to come up with a plan that integrates these two disparate concepts and come up with a project that we’ll all work on beyond the conference, along with getting other people involved. It’s not a plan for a plan’s sake; it’s a plan to make a difference.

The fellow members of my working group are interesting. Really interesting. There are about 11 of us and almost as many countries. They are young and old, though I suspect I’m the oldest. They are smart and caring. Some work from their brains, some their bodies, some their hearts, some from a place beyond. We all share a common belief: the earth is in serious trouble and we need to do something about it. We’ve all watched Le Ciel’s movie The Twelve (which I’ll write about another time).

The process feels like making a cake. At times it’s ugly, but we all stick with it, we all try and come up with the ingredients. It’s rushed. It’s exhausting. It’s frustrating. It’s beautiful and it’s way cool. Ultimately, we come up with a plan that we all commit to.

This is indeed a different form of a holistic symposium. It’s part of my version of the medicine wheel: heart, mind, body, spirit and soul. The founders clearly access it through spirit, but all facets of the wheel are there. 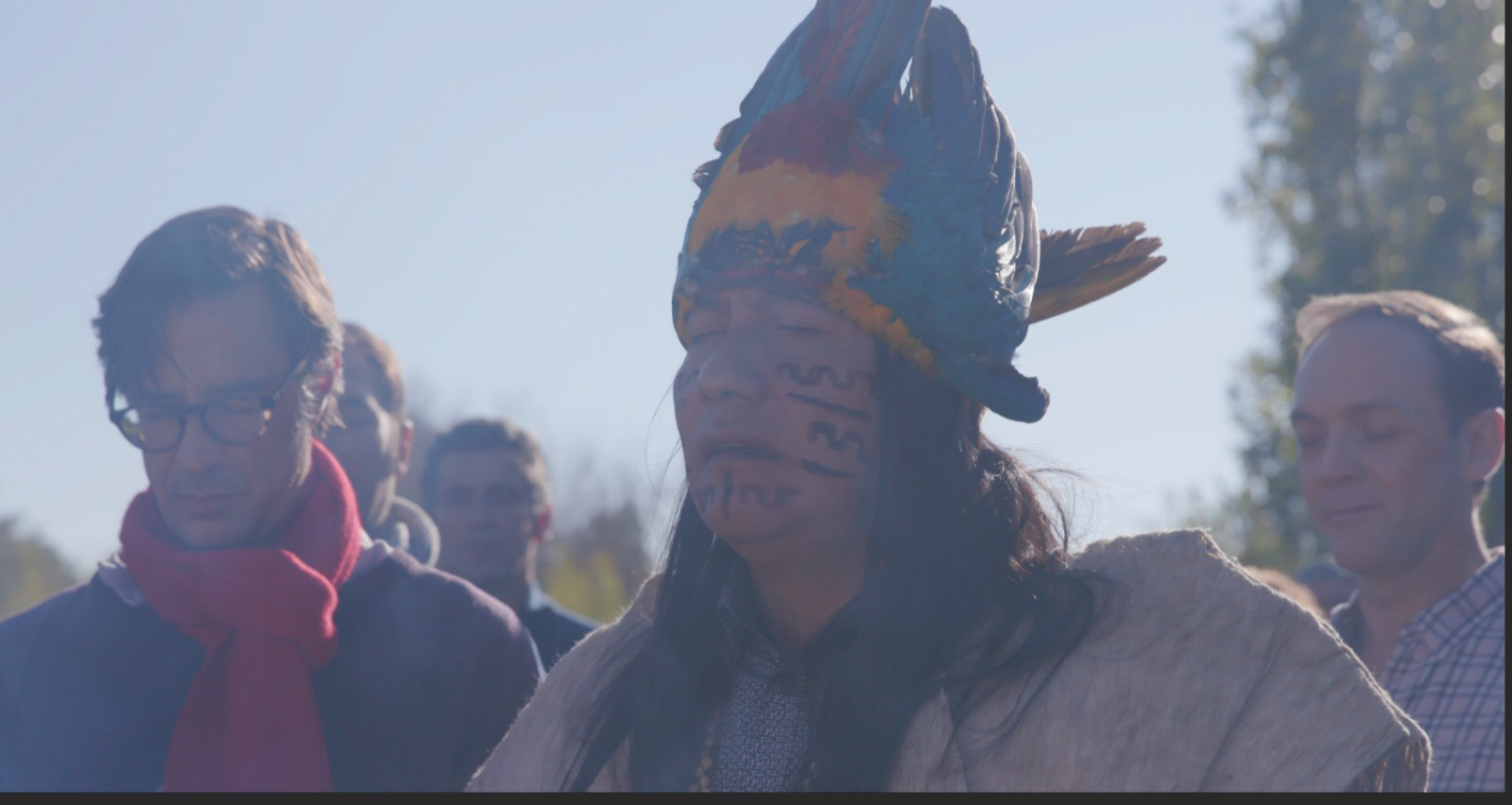 The Symposium more than achieved my intent: a life experience that broke the shackles of my prison of perspective. And it did so with my true north words, making an impact on me, doing so with integrity, and giving me new insights at every turn. Hopefully I fully reciprocated to all involved.

Just remember this, my friends:

I just finished 'The Overstory' by Richard Powers. The Pulitzer prize winning author weaves together an artful mosaic of humanity and nature while using the latest science around trees as his underbrush. A work of a poetic genius that had to be absorbed. Highly recommended!

Experiencing @LeCielFdn's Holistic Symposium was impactful, productive, and inspiring. I was honored to speak at the event and collaborate with global thought leaders and a truly wonderful group of individuals. Get a closer look at the event below...

Flying back from overseas to heartbreak in #Waukesha. So deeply saddened for all those whose lives have changed forever. It's hard to fathom why one would do this but sadly it's less hard to imagine that things like this occur. To all of those who helped those in need, thank you