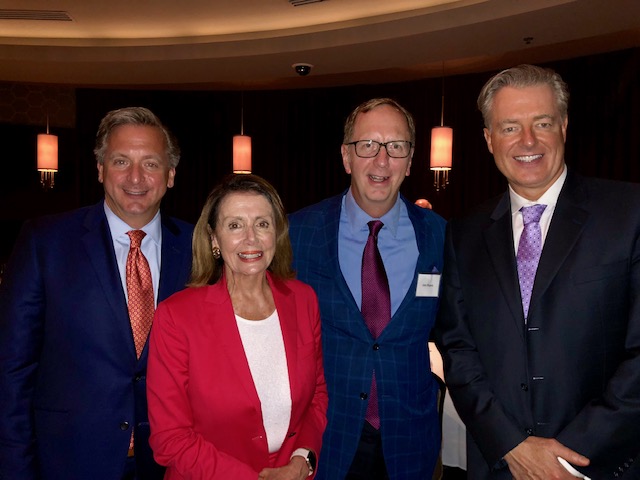 “Winning” is rarely an accident, in my experience. Even if you have your Queen and your opponent’s highest piece on the chess board is a rook, there’s a process required to get to checkmate. Life is frequently a chess game and the game changes with every move. That’s why my approach has always been to try and bring as much order and structure to the process of trying to “win” as possible.

What is that organized, repeatable process? Put simply, a campaign.

In my upcoming book, I talk about the six critical elements of successful campaigns. And I try to bring them to life as fully as possible with real examples. Recently, we all watched just such an example unfold in real-time – Speaker Nancy Pelosi’s efforts to re-open the federal government.

She may or may not have thought of it as a campaign, but its how my brain works and I think is illustrative of how complicated challenges can seem a little easier when viewed through this lens. How did the Speaker’s campaign fare against the steps I lay out in my process? Let’s review.

Her goals can be clearly defined: Reopen government, no money for a border wall, and a reassertion of the legislative branch’s role in the first big fight under a divided government in the Trump era.

She grasped fully the context of the times which shaped the contours of the fight. Years of experience made clear to her that President’s always bear the burden of blame for shutdowns. Public opinion is on her side because a majority of the public opposes a wall. Her caucus was/is largely unafraid of “weak on border security” rhetoric after seizing control of Congress despite a fusillade of just such talk from the President in the closing weeks of the 2018 election. Not to mention time was on her side and the President had handed her a, well, trump card in his public comments that he would “be proud to shut down the government.” Last but not least it was “only” a partial shutdown with the largest agency, DoD, up and running.

She commanded the process she had control over flawlessly. From what came to the House floor to her blindsiding the President regarding the timing of the State of the Union – she turned her command of process into adroit tactical moves in expert fashion.

Her strategy to not engage in a proposal, then counter-proposal back and forth exchange was clearly intentional. While some in her caucus were urging her to do so she knew that such a move would actually weaken the hand of House Democrats.

Her tactics reflected steps 1 – 4 each and every day. In media appearances, through scheduling the Congressional calendar, and ongoing communication with her caucus she stayed focused on her goals, operated within the appropriate context, commanded the process, stuck to her strategy and brought it to life with every move.

In sum, she executed despite enormous pressure from some corners to pivot and do whatever it took to reopen the government, even if meant letting the President claim a “win.”

To anyone familiar with the structure of a campaign, the fact that Speaker Pelosi “won” isn’t a surprise. “Winning” isn’t an accident and “campaigns” can get crosswise pretty quickly if they err on any of the steps. Not every campaign is political, of course. These six steps can work for you no matter whether the campaign you are running is in business or your personal life. And once you’re familiar with the foundation, you’ll have a newfound appreciation for campaigns well run, no matter what kind of chess game you find yourself playing.